Hat designs are distinctly different from one another that help to establish their identity by knowing the salient features. However, some hat designs are quite similar, at least apparently, and create some confusion unless the person knows the identification marks of the hat style. Choosing the wrong hat can be quite disappointing, and it is always better to gather some knowledge about hats so that the fine differences in the design do not escape your attention.

Stories abound about people confusing Fedoras with Trilbys, and in the same way, many people are unable to spot the differences between top hats and Bowler hats.  Ignorance about hat designs is the reason for the confusion, and it is not at all hard to learn the specialty of the designs so that you can settle the issue once and for all.

This article will sort out the issue that people face in identifying a top hat and a bowler hat. Unlike Fedora and Trilby hats with many similarities, the case of top hat and bowler hat is quite simple because the designs and sizes are quite different as chalk and cheese, although the structure looks the same. Yet, people do make mistakes, and this is the time to learn about the hat designs to put all your doubts to rest. Not only a Bowler hat looks different from a top hat, but people wear these for different occasions too. Hence the chances of confusion are much less.

Look at the Crown

A close look at the hat’s crown will help identify the type of hat it is. The rule applies to all types of hats. The top hat, well known for its tall and flat crown, makes the person wearing it look much taller. This is why those who are quite tall should think twice before wearing a top hat that might not help make them present their best side. On the other hand, the Bowler hat has a shorter crown and a curved or rounded top. However, the difference in crown height is only about 6 inches, and some people fail to spot the difference and confuse the two types of hats.

Consider the Occasion for Wearing the Hat 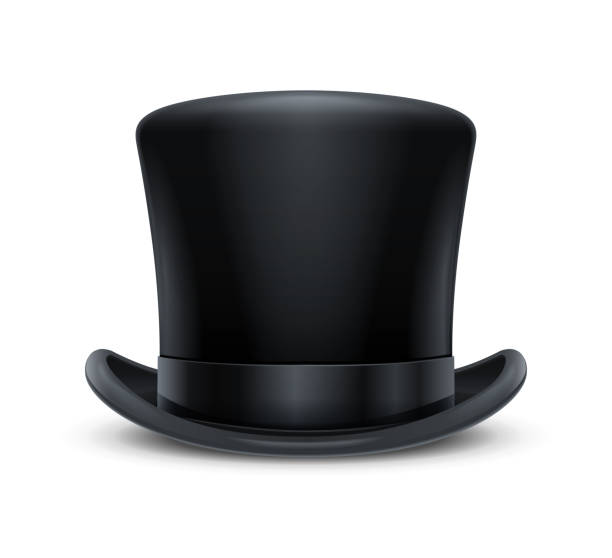 When you see the crowd at the Royal Ascot Races, the number of people wearing top hats would be much more than the people wearing other types of hats. It means that the top hat is a formal headgear that the elite class has patronized for a century. Moreover, the design of the Bowler hat is a variant of the top hat that remained the most popular headwear among the rich and famous for many centuries starting in the 18th century. Bowler hats are semi-formal hats made from low-cost materials like wool or felt as compared to silk which is the staple material for making top hats.

What is a Bowler Hat?

By and large, the Bowler hat design has remained almost the same since its inception in 1849, except for some minor variations to add some variety to the style.  Also known as the Derby hat in some places, the Bowler hat is a stiff hat usually made from wool felt or polyester and the most premium quality obtained from fur felt. But the stiff hat does not mean that the hat is crushable like the fedora or trilby.   The stiffness of the Bowler hat is comparable with the stiffness of a top hat. The open bowl shape of the crown gives the hat a distinct identity and reduces the chances of confusing it with a top hat.

The brim of the Bowler hat is not flat but curved with a pencil roll at the edge or a d’Orsay curl; a name derived from the Frenchman of the same name Alfred d’Orsay who contributed a lot to popularize the hat by wearing it randomly.

The story of Bowler Hats

Horse riders preferred the Bowler hat design, especially the crown height and shape that helped to avoid the hat sticking to low hanging tree branches. The hat gained popularity among the working class, but it became popular among businessmen, bankers, traders, and financiers during the twentieth century.  The close association of the hat with horse racing earned it the name of Derby hat.

The Story of Top Hats

The top hat is part of the formal dressing of a three-piece suit worn for most official occasions or other occasions that follow a formal dress code. The first top hat was made from plush silk in England in 1793 that had a hard gossamer shell with a covering of plush silk.

Like many other hats, top hats too have been in and out of fashion over the centuries and now back again to steal the limelight as celebrities are endorsing the vintage headgear in a new form.