Compared to other forms of water rainwater is extremely pure and is used extensively to collect water which can be used later for a large number of applications. The rainwater harvested can be used in different ways like washing the home or other areas of the property, irrigation and farming. There are many ways the harvested rainwater can be stored safely in tanks till it is used. The water tank may be installed underground, or a network of pipes and accessories can be used to route the rainwater to the in-ground water tank.

Rainwater is a fresh and pure source of water which can be used for drinking. It can also be used for other applications like washing, gardening, construction. A large number of people think that only people residing in rural areas, should install water tanks underground. However, experts believe that everyone, irrespective of whether they live in urban or rural areas should start harvesting rainwater. Some of the reasons why harvesting the rainwater is necessary, are discussed below. 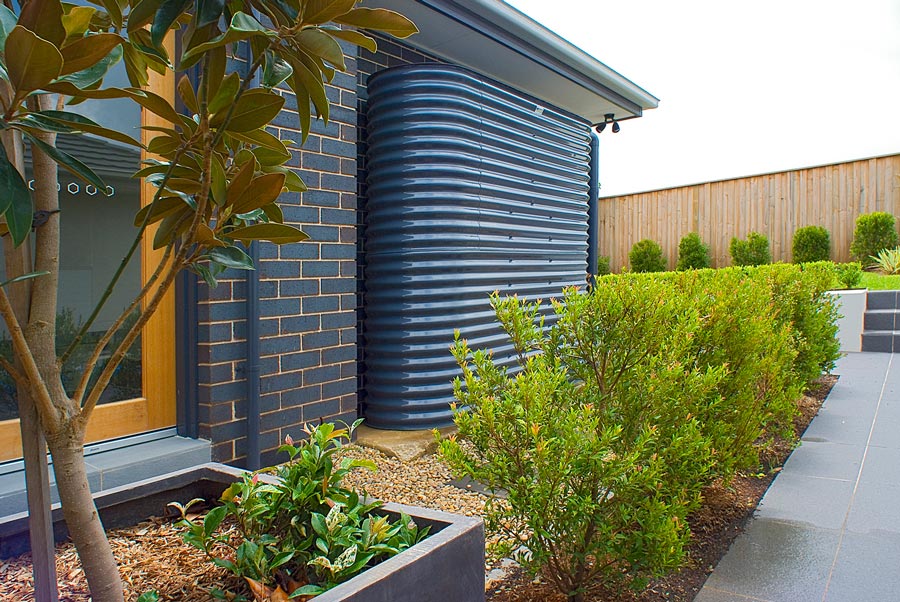 The government has made it mandatory that all new homes being constructed in Australia should meet the specified targets for environmental efficiency. Since there are many homes and buildings being constructed in Australia at present, it is important for people to ensure that the homes conform to these environment regulations. In the last few years, the government has made it compulsory for residents of specified states and suburbs to install tanks underground where rainwater can be stored. This new regulation was introduced so that the mains water, energy were used efficiently. Also after the rainwater regulation was introduced, residents would have to rely less on the water supply provided by the municipality.

Individuals and families reduce their water bill when they harvest rainwater and use it in place of mains water. Additionally the water costs for the community are also reduced. When almost everyone in a specific community is mainly using rainwater for most applications where water is required, the money which the government has to spend on water related services will be reduced to a great extent. The demand for the mains water supply will reduce since people prefer to use rainwater. Even if the water supply from the municipality is contaminated, people in area will not be affected, since they have their own source of fresh water, the harvested rainwater.

The purified and treated water which the local government supplies to the residents of the area is called the mains water. Any family or individual who is using rainwater or has installed a system for harvesting rainwater, will not exclusively rely on mains water. This will help the family to save money, since the water consumption and bills are reduced. This also helps the organizations who are supplying the mains water to the residents of the area. The demand for mains water has increased significantly in the last few years,due to the increase in population and other factors, and the cost of supplying water has also increased.

The increase in the price of mains water is due to a number of factors. The government has to invest a large amount of money to construct new dams,a network of pipes, treatment plants, and other structures to collect,purify and store the water. Hence the price of mains water was increasing. After the rainwater harvesting regulations were introduced, fewer people would rely on the mains water, so the government will not have to invest money in increasing the capacity of the mains water system, and prices of water should remain the same.

Since the government has made it mandatory for all residents of Australia to conform to the state regulations for rainwater harvesting, many people are interested in finding the options available while purchasing water tanks for underground installation. Many home owners only have a limited amount of space around their home for installing water tanks. Hence they are looking for a reliable supplier of slimline water tank, which do not require much floor space, yet have a large storage capacity. People should be aware that in addition to saving the home owner, a large amount of money, rainwater harvesting helps the environment and local community.